"Prudent investments in a complex world" 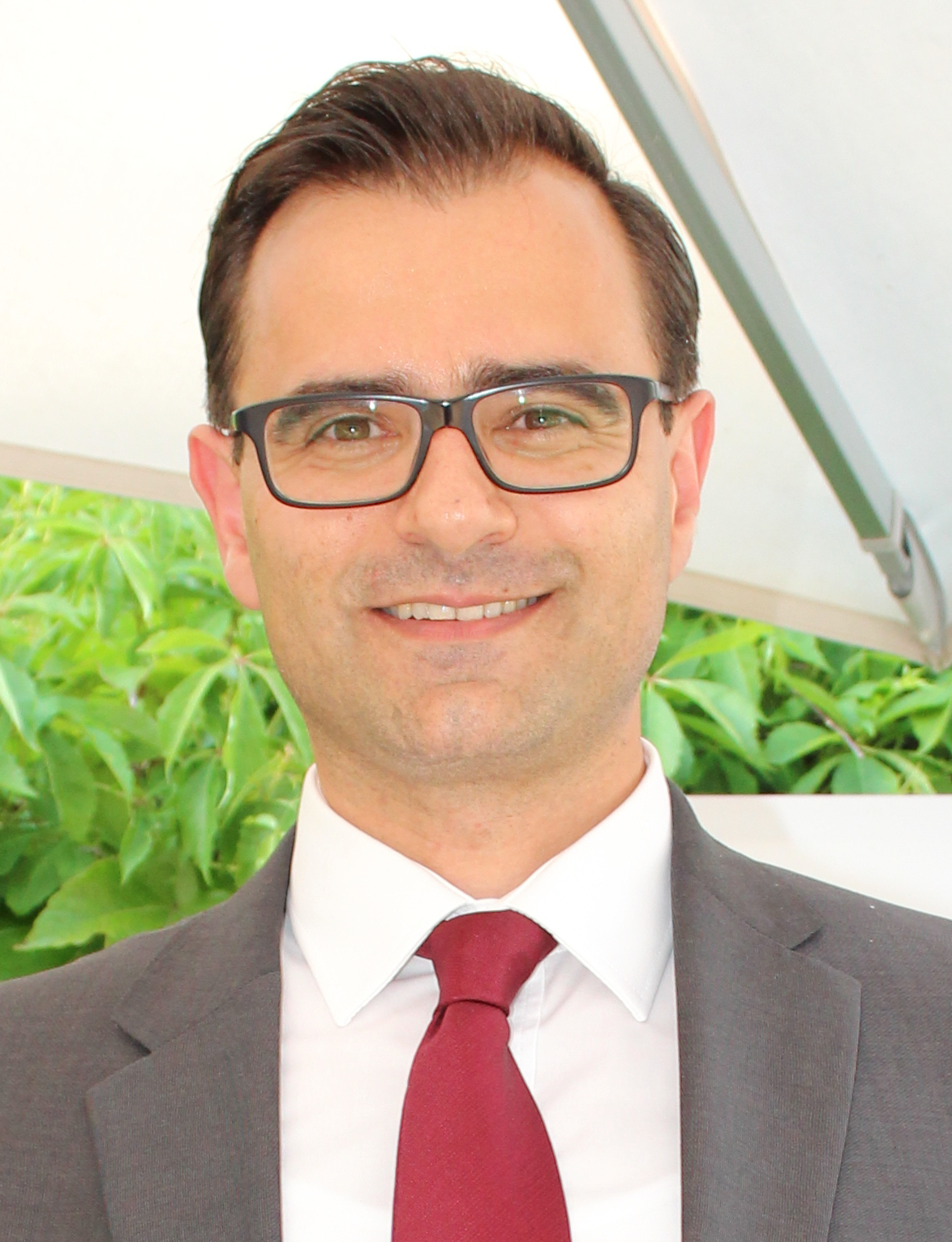 Dion Christopoulos is Director for Private Debt at Investment Management of Zurich Insurance Group. In his role, he is overseeing a portfolio of 10bn$ of alternative credit which spans across different sectors including corporate loans, infrastructure debt and commercial mortgages.

Prior to that, Dion served in various positions at the Strategy Development team of Investment Management at Zurich, covering market risk, asset liability management and strategic asset allocation for the Group. Before joining Zurich, Dion was a Senior Associate with Morgan Stanley in London.

In search of a yield in a low interest environment
In response to low interest rates, investors have had to engage in a hunt for yield.
An alternative to an outright increase in portfolio risk has been the positioning of the portfolio to harvest illiquidity premia.
Private Debt can provide such an excess return as well as downside protection and diversification benefits, at different levels of credit risk.
As a result and also fueled by curtailed bank lending after the Great Financial Crisis, Private Debt has risen to prominence in the past decade.
Nevertheless, investing in this market is not without its challenges, especially at a late stage of the credit cycle.
AGENDA HOME 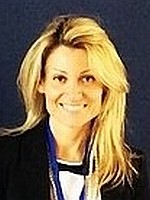 Dr. Vassiliki Lazarakou is an Attorney at Law, admitted both at the Athens and New York Bar Association and specialized in capital markets, banking and finance law, M&As, privatizations as well as corporate law. She is the Founding Partner of L & L Law Firm working extensively on MIFID II/ MIFIR, AML, and other capital markets issues as well as on all the aforementioned matters.

She was the First Vice-Chair of the Hellenic Capital Markets Commission (HCMC) since September 2012 and thus member of the Board of Directors and the Executive Committee. She was chairing the Working Group and represented the Council in relation to the adoption of the Regulation and Directive on "Markets in Financial Instruments (MiFID II/ MiFIR)" and managed to reach the political agreement between the European Parliament and the Council. For this reason, she was also chairing until recently the committee for the implementation of MIFID II into Greek law, which was appointed by the Ministry of Finance. She was also the Chair of the Working Group for the Council in relation to the Regulation on "European Long Term Investment Funds (ELTIFs)" during the Hellenic Presidency when a general approach was achieved at the Council.

She was a partner of two leading law firms in Greece. Until September 2017, she was a Head Partner of KLC Law Firm and in charge of the Financial Law Group of the Firm, while, before joining the HCMC, she was a Senior Partner with Zepos & Yannopoulos law firm in Athens, Greece and the Head of the relevant Banking, Capital Markets and Finance Group of such firm for several years as well as the co-Head of Real Estate Group. In 2000 and for one year she worked at the legal department of the Athens Stock Exchange. Before that, she had worked with Zepos & Zepos law firm and earlier in the Legal Department of a pharmaceutical company, Sterling Winthorp Inc., New York, USA.

She teaches often in seminars about different capital markets issues and she is the author of a large number of articles in the newspapers and co- author of several legal publications.
Opening remarks
AGENDA HOME

Stavros is co-Founder of Astarte Capital Partners. He has 25 years of experience in building and managing businesses in various areas of Capital Markets, Asset Management and Alternative Investments.

Previously he was CEO of Sciens Alternative Investments, leading the development of the firm’s strategy in the liquid alternatives and real assets space, including partnerships in aviation and shipping. During his tenure he successfully launched a series of funds attracting significant institutional capital from around the world.

Prior to Sciens, he was head of Asset Management for Piraeus Group, where he co-led the Private Equity team and launched three funds.

Before Piraeus, he was Managing Director at Citigroup for 13 years where he was global head of alternative executions, portfolio trading strategies and pension fund solutions.

He holds an Electrical and Computer Engineering Diploma from the University of Patras, Greece, a MSc in the same field and a Ph.D. in Operations Research from the University of Massachusetts.
Impact Investing in Private Markets: Social and Environmental Benefits
Impact investing is the next evolution of responsible and sustainable investments. What are the objectives and the constraints for such type of investments within private markets? What are the social and environmental benefits of such investments? Are investors gaining less return for the same type of risk?
AGENDA HOME 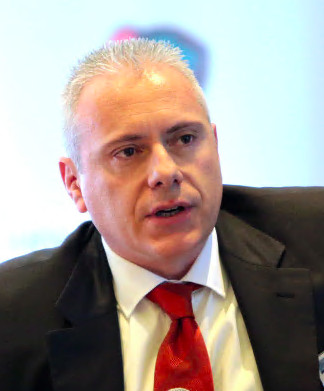 Stratos Goudinakos, a veteran floor trader, has been actively involved in Capital Markets and Finance, Banking/Investment Banking /Asset Management/Insurance for over 20 years.

On his return to Greece joined NBG Group, Head Derivatives & Proprietary Trading; managed the desks of market making, arbitrage and sales, set up an international prop desk and was also responsible for hedging the bank's bond book. He, consecutively, moved to NBG's asset management, as Chief Investment Officer.

In succession, participated (partner) in the buyout of an investment company and its extensive restructuring; in addition, developed and started up Ulysses Global Macro Hedge Fund which invested mainly in high grade markets on currencies, bonds, stocks, indices and commodities. Member of Investment Committees in Capital Management; moreover, managing own assets, trading in international derivative markets.

For the last two years he served at ATE Bank’s Board, responsible for Funding and Liquidity. He also sits in a number of Boards for ATE Bank Romania (Audit Committee, President of Risk Mgnt Committee), ATE AEDAK, and ATE Insurance. Currently, he is the Chief Risk Officer of ATE Insurance (Solvency II).

Holds a Diploma in Chemical Engineering of Patras University in Greece, a DBA from Cardiff Business School University of Wales, and an MBA from CASS Business School of City University; also, holds certificates from TEE, SFA and the HCMC in Market Making & Asset Management.
Coordinator of the forum
AGENDA HOME

Athanasios is a serial entrepreneur and Institutional investor with over 25 years of experience in Investment Management, EduTech and FinTech. He is currently the founder of an AI powered EdTech company mooctors(www.mooctors.com) and the Chief Investment Officer of LAPO Blockchain(www.lapo.io), an integrated financial platform backed by a stable blockchain that enables payment for goods and services. He is also credited with the conception and development of LAPO's global digital currency backed by an innovative stabilization mechanism that protects value even at times of high market volatility. Athanasios is actively involved within the Crypto Valley Association (CVA) in Zug, Switzerland, as member of the Regulatory Working Group (RWG) and is heading the Central Banks, Digital Currencies and Monetary Policy (CBDC & MP) committee. At the past he has developed several investment and risk management methodologies and worked as CIO and senior fund manager within the Hedge Fund and Fund Management industries at top-tier companies including Xanthus, Lazard Capital Markets, ADIA etc. He holds an MSc in Intelligent Management Systems and is currently pursuing an MSc in CS – Machine Learning at Georgia Tech. Athanasios lives in Switzerland.
Central banks, digital money and investment opportunities
"The Future of Money - concurrences/Digital money"

We will examine the economic framework of crypto currencies and briefly addressing relevant issues, opportunities and threats, as well as shading light on how Central Banks, Retail Banks, Governments and their constituents could be affected.

The same as above only the focus will be shifted more towards identifying the potential profitable plays that could offer disproportional returns to existing conventional investment strategies.

Here the focus will be mostly on identifying the Universal Currency that will lead the way on the 21st Century - the investing opportunity that can be utilized by either investing directly on it or on the company that will be developing it. Exhibiting subnormal returns based on different scenarios.
AGENDA HOME

Chief Economist and Head of the Economic Analysis Department of the National Bank of Greece. 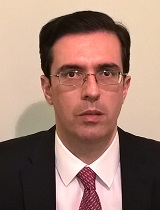 Nicholas S. Magginas is the Chief Economist and Head of the Economic Analysis Department of the National Bank of Greece. He received his Ph.D. on international monetary-policy transmission mechanism from the Department of International and European Economic Studies, Athens University of Economics and Business (2006). He has published in international academic journals such as the Journal of Monetary Economics, the International Journal of Central Banking, Economic Modeling and the Economic Inquiry, in the fields of monetary policy rules, the role of bank lending channel in policy transmission, the macroeconomic drivers of non-performing loans and the role of expectations in the inflation process.
Macro outlook of the Greek economy
AGENDA HOME 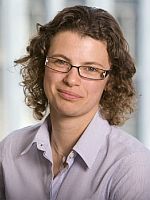 Emily Whiting, vice president, is a client portfolio manager for the Emerging Markets Equity Team, based in London. An employee since 2005, Emily previously worked in the London RFP Group, specialising in Far East and Emerging Markets equity products. Emily obtained a BSc in money, banking and finance from the University of Birmingham.

Global Market Outlook
Emerging markets spent most of 2018 in the headlines. As investors regain confidence, it is as important as ever to cut through the noise and focus on company fundamentals. Join Emily Whiting as she discusses the outlook and how on-the-ground research remains vital especially in fast-evolving markets, such as China A shares.
AGENDA HOME